Gears are common in five forms of failure and causes 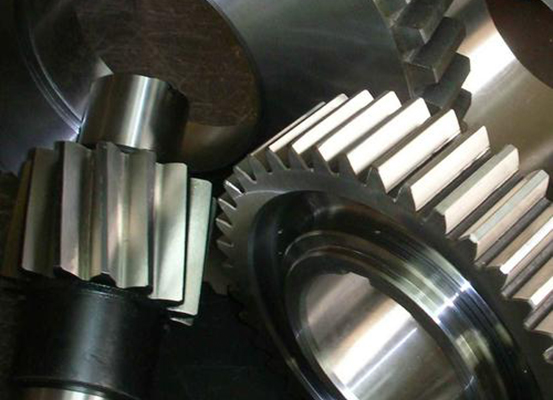 A brief analysis of the five common failure forms and causes of gear.

For open gear drives or closed gear drives containing non-clean lubricants, due to the relative sliding between the meshing flanks, some hard grinding particles enter the friction surface, resulting in a change in the profile and an increase in the side gap, so that the gear is excessively thinned leading to tooth breakage. In general, wear on the flank grains is caused during operation only when abrasive particles are mixed in the lubricant.

For high-speed heavy-duty gear transmission, due to the friction between the flanks is large, relatively large speed, resulting in the meshing area temperature is too high, once the lubrication conditions are not good, the oil film between the flanks will disappear, so that the metal surface of the two wheels of teeth in direct contact, resulting in mutual bonding. When the two flanks continue to move relatively, the harder flanks tear off some of the material on the softer flanks in the sliding direction to form a groove.

When the two teeth are in contact with each other, the force of action and reaction between the flanks cause contact stress on the two working surfaces, because the position of the meshing point is changed, and the gears do the periodic movement, so the contact stress changes according to the pulsation cycle. Under the effect of this cross-contact stress, small cracks appear at the knife marks of the flank for a long time, and over time, the cracks gradually expand horizontally on the surface, and the cracks form a ring, causing the surface of the teeth to produce a small area of peeling and forming some fatigue shallow pits.

The gears that bear the load in the operation project, like the cantilever beam, will crack in the root when the periodic stress of the pulse exceeds the fatigue limit of the gear material, and gradually expand, and when the remaining part can not withstand the transmission load, the tooth break will occur. Gears can also cause broken teeth due to severe shock, partial load and uneven material at work.

Under impact load or heavy load, the flank is prone to local plastic deformation, which causes the surface of the gradually open profile to deform.

Key points for the selection and installation of precision planetary gearboxes